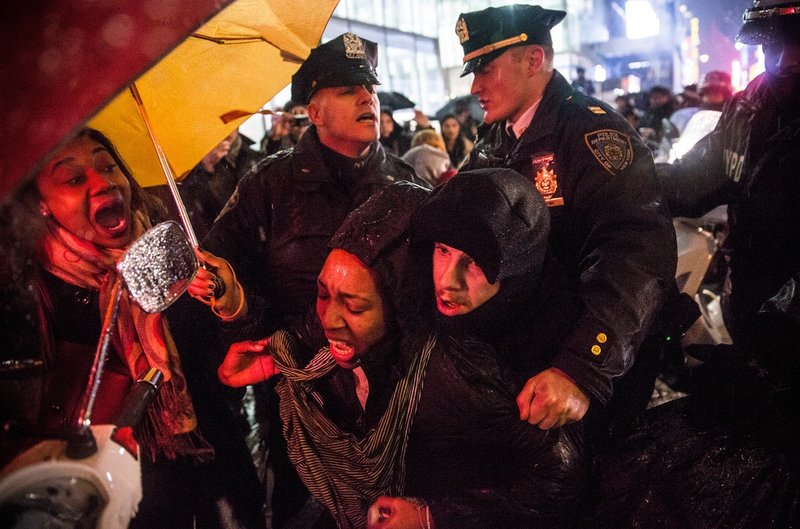 Posted from taibbi.substack.com
Posted in these groups:

1. Each incident and case many have similarities with others, on the surface. It takes wisdom and discernment to examine incidents and develop protocols to improve policing, community relations.
2. Nobody is perfect and it is far too easy to develop scapegoats.
3. By and large I do my best to support policemen and other agents of law enforcement.

I posted the last group of paragraphs as representative IMHO
"Gladwell’s point seems to be that if you ask police to stop millions of cars and pedestrians, and instruct them to look for pretexts to conduct searches of all of them, police will override their “default to truth” and begin to see threats in innocent people everywhere. He’s trying to be understanding about scenes like the Encinia video, by asking readers to look at the policy context underneath that car stop.

The backdrop of the Ferguson, Missouri case, for instance, involved the strained finances of the city. As the Justice Department later found, “City officials routinely urge [police] to generate more revenue through enforcement,” which meant busting people not just for breaking the law but violating municipal order codes:

FPD officers are authorized to initiate charges—by issuing citations or summonses, or by making arrests—under both the municipal code and state law… [which] addresses nearly every aspect of civic life… housing violations, such as High Grass and Weeds; requirements for permits to rent an apartment or use the City’s trash service; animal control ordinances, such as Barking Dog and Dog Running at Large; and a number of other violations, such as Manner of Walking in Roadway.

The controversy that gripped America in the wake of Floyd’s death overlooked a lot of this. Individual police got most of the blame, and in some cases deserved it, but it’s politicians desperate for revenue or lower crime numbers who artificially heighten stranger contacts, jack up numbers of bogus summonses and tickets, and push people like Brian Encinia to fudge pretexts for thousands if not millions of stops and searches.

A percentage of those encounters will always go wrong, and when they do, it’s not always all about racism. It’s usually also about political stupidity, greed, and laziness, and a host of other problems our habit of reaching for simplistic explanations prevents us from understanding. Saying it’s all about race or white supremacy isn’t just inaccurate, it lets bad actors off the hook — especially city politicians and their upscale yuppie donors who vote for these interventionist policies, and are all too happy to see badge-wearing social janitors from middle-class towns in Long Island or Westchester take the rap when things go bad.

PVT Mark Zehner
Posted 11 mo ago
Thank you for the information!
(4)
Comment
(0)

SSG Samuel Kermon
Posted 11 mo ago
Interesting article. What it amounts to is the practice of profiling which is wrong and now the reverse is happening, police being afraid to make arrests for fear of retaliation.
(4)
Comment
(0)