Capt Marty Hogan
858
63
14
18
18
0
Anousheh Ansari (Persian: Anuŝe Ansāri‎; née Raissyan;[2] born September 12, 1966) is an Iranian-American engineer and co-founder and chairwoman of Prodea Systems. Her previous business accomplishments include serving as co-founder and CEO of Telecom Technologies, Inc. (TTI). The Ansari family is also the title sponsor of the Ansari X Prize. On September 18, 2006, a few days after her 40th birthday, she became the first Iranian in space.[3] Ansari was the fourth overall self-funded space tourist, and the first self-funded woman to fly to the International Space Station. Her memoir, My Dream of Stars, co-written with Homer Hickam, was published by Palgrave Macmillan in 2010.[4] 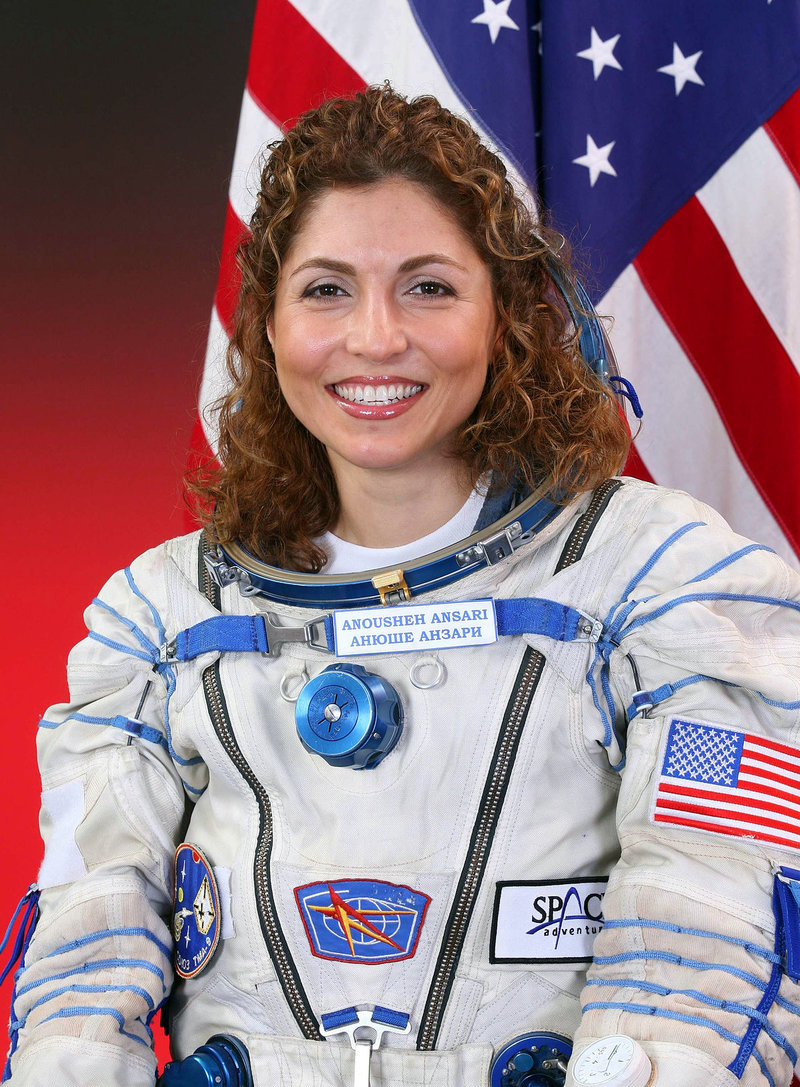 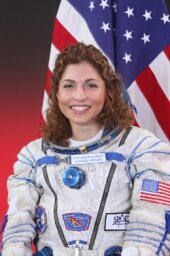 Anousheh Ansari, entrepreneur, engineer, and space flight enthusiast, discusses her trip to the International Space Station, and the journey that brought her...

Thank you, my friend Capt Marty Hogan for making us aware that (September 12 is the anniversary of the birth of Iranian-American engineer and co-founder and chairwoman of Prodea System Anousheh Ansari born Anousheh Raissyan who became the first Iranian in space. Ansari was the fourth overall self-funded space tourist, and the first self-funded woman to fly to the International Space Station.
Happy 53rd birthday Anousheh Ansari.

Anousheh Ansari - The First Iranian Woman in Space
Anousheh Ansari, entrepreneur, engineer, and space flight enthusiast, discusses her trip to the International Space Station, and the journey that brought her there.
https://www.youtube.com/watch?v=qSTShgq6QsM

Background from noushehansari.com/about/
"Anousheh Ansari
"First Female Private Space Explorer & First Space Ambassador”
On September 18, 2006, Anousheh Ansari captured headlines around the world as the first female private space explorer. Anousheh earned a place in history as the fourth private explorer to visit space and the first astronaut of Iranian descent.
Anousheh is a serial entrepreneur and co-founder and chairman of Prodea Systems, a company that will unleash the power of the Internet to all consumers and dramatically alter and simplify consumer’s digital living experience. Prior to founding Prodea Systems, Anousheh served as co-founder, CEO and chairman of Telecom Technologies, Inc. The company successfully merged with Sonus Networks, Inc., in 2000.
To help drive commercialization of the space industry, Anousheh and her family provided title sponsorship for the Ansari X Prize, a $10 million cash award for the first non-governmental organization to launch a reusable manned spacecraft into space twice within two weeks.
Anousheh immigrated to the United States as a teenager who did not speak English. She earned a bachelor’s6 degree in electronics and computer engineering from George Mason University, followed by a master’s degree in electrical engineering from George Washington University. She has an honorary doctorate from the International Space University. She is currently working toward a master’s degree in astronomy from Swinburne University.
Anousheh is a member of the X Prize Foundation’s Vision Circle, as well as its Board of Trustees. She is a life member in the Association of Space Explorers and on the advisory board of the Teacher’s in Space project. She has received multiple honors, including the World Economic Forum Young Global Leader, the Working Woman’s National Entrepreneurial Excellence Award, George Mason University’s Entrepreneurial Excellence Award, George Washington University’s Distinguished Alumni Achievement Award, and the Ernst & Young Entrepreneur of the Year Award for Southwest Region. While under her leadership, Telecom Technologies earned recognition as one of Inc. magazine’s 500 fastest-growing companies and Deloitte & Touche’s Fast 500 technology companies.
She currently works to enable social entrepreneurs to bring about radical change globally, with organizations such as X Prize, ASHOKA and the PARSA Community Foundation."

Sgt Vance Bonds
Posted 9 mo ago
Iranians American but is called out here for being the first Iranian in space????
Her accomplishments are truly impressive. I feel they are cheapened somehow by never referring to her as an American. I suppose I'm a bit sensitive to the whole hyphenated citizen crap.
Even so, Great post
(5)
Comment
(0)
show previous comments

Sgt Vance Bonds
9 mo
Capt Marty Hogan and that's a reason we are still dealing with that crap.
(4)
Reply
(0) 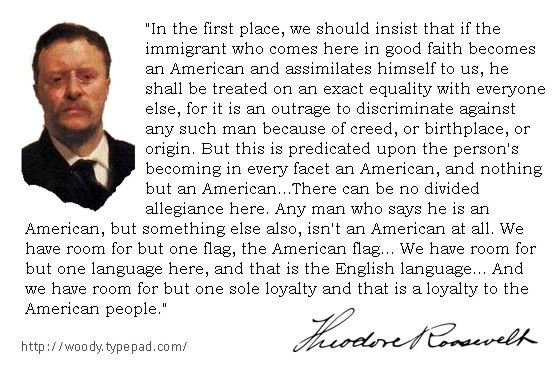 Personally, I prefer President Theodore Roosevelt’s stance on being an American. I don’t mind second languages, but English should still be the principal language of our country, in my opinion.
Capt Marty Hogan Sgt Vance Bonds
(5)
Reply
(0)

Sgt Vance Bonds
9 mo
LTC Stephen C. Sir, I am in full agreement. I don't care about a second language or heritage or ethnicity. I do care that the immigrant identifies as an American, pure and simple. That they be assimilated to a degree that their pride and love for our United States is above anyother.
In my opinion, to identify any other way is a sign that you aren't willing to fully be an American.
I see many who come here to get ahead and take advantage of our liberties and benefits but who would run back to their native country in a heart beat in times of struggle or strife.
For me, Sir. It's either American or other.
Just my .02c
(5)
Reply
(0)