Football season is a good time to remember Pat Tillman. As an Arizona State University linebacker he weighed barely 200 pounds, but he gained a reputation for bone-rattling hits and helped lead his team to the Rose Bowl in 1997. His teammates nicknamed him Braveheart. After college he turned pro, even though critics said he was too small and slow for the NFL. The Arizona Cardinals took him as their next-to-last draft pick. In 2000 he set a team record with 224 tackles in a single season.

Then came the terrorist attacks of September 11, 2001, and Tillman started thinking about things larger than football. He spoke of family members who had fought for their country, such as his great-grandfather at Pearl Harbor. “I haven’t done a damn thing as far as laying myself on the line like that,” he said. Eight months later, Tillman shocked the sports world by turning down a $3.6 million football contract and joining the Army with his brother.

He enlisted without fanfare, refusing to talk to the press about his decision. “He truly felt committed and felt a sense of honor and duty,” his Cardinals coach said. He joined the Army Rangers, an elite outfit that routinely goes in harm’s way. On April 22, 2004, he was on patrol near an isolated mud-brick village in southeast Afghanistan, a region rife with terrorist operatives, when gunfire erupted. Pat Tillman was killed by friendly fire. He was twenty-seven.

Controversy later erupted with revelations that Army officers initially hid the fact that U.S. troops accidentally shot Tillman. That does not diminish his own sacrifice.

Very few walk away from riches and fame to serve as Tillman did. But there are many who quietly and humbly protect American ideals with everything they have to offer – including their lives. As one of his coaches said, “The spirit of Pat Tillman is the heart of this country.”

American History Parade
1542
Portuguese navigator Juan Rodriguez Cabrillo sails into San Diego Bay, becoming the first known European to explore the Californian coast.
1781
American and French troops begin a siege of the British at Yorktown, Virginia.
1787
Congress votes to transmit the new Constitution to the states for ratification.
1924
Two Army planes land in Seattle to complete the first aerial circumnavigation of the world, which lasted 175 days and took 57 stops.
2001
President George W. Bush reiterates the U.S. demand that Afghanistan’s Taliban government turn over all terrorists it has been harboring.
2008
SpaceX’s Falcon 1 becomes the first privately developed liquid fuel rocket to orbit the earth. 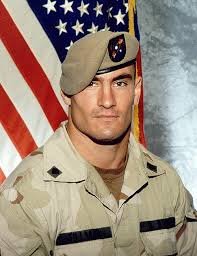