PO1 William "Chip" Nagel
3.43K
13
7
7
7
0
Legal experts say no laws were broken. They said it was not an original government document, but Pelosi’s copy of the speech.
Steven Aftergood, a records expert at the private Federation of American Scientists, said: “Legally, this is a non-issue. Pelosi was expressing contempt for the president’s speech, and her views are constitutionally protected.” He said her torn-up pieces of the speech might themselves be considered a new record of historical value.
Laurence Tribe, a constitutional law professor at Harvard University, said Pelosi did not violate 18 U.S. Code Section 2071, the federal law defining the deliberate destruction of an official record that has been filed with a court or other government agency — a felony punishable by a prison term and by forfeiture of office.
Heidi Kitrosser, a law professor at the University of Minnesota, said: “This is not an archival document. ... This is one of many, many, many copies of President Trump’s speech and Nancy Pelosi is free to do with it whatever she will.” Kitrosser added that any disagreement with Trump’s speech is protected by the First Amendment “and in Pelosi’s case, under the speech and debate clause of the Constitution.” 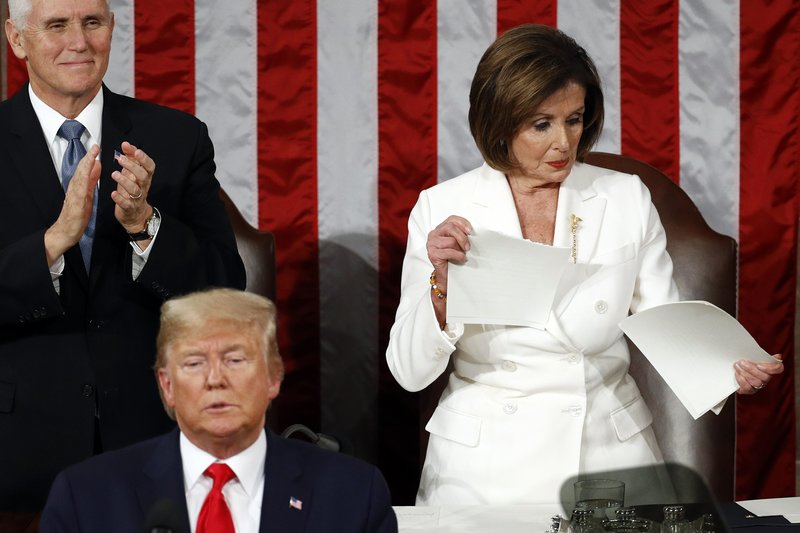 Posted from apnews.com
Posted in these groups:

SGT Warren Crutcher
Posted 1 mo ago
And that is why Congressmen had to go get another copy because Nancy's copy was supposed to be entered into The House Records. These lawyers are wrong. According to several congressmen that was an official signed copy for the record.
(1)
Comment
(0)

MSgt Gerald Orvis
Posted 1 mo ago
Pelosi's ripping up of her copy of the president's speech may not have been illegal, but it certainly lacked what the Romans called in statesmen "dignitas." In other words, it was just plain juvenile.
(1)
Comment
(0)

SSgt Carroll Straus
1 mo
Unlike what himself does.
(0)
Reply
(0)
Show More Comments
Read This Next
RallyPoint Home