LTC (Join to see)
1.06K
112
35
15
15
0
Border mayor begs Biden to stop releasing illegal immigrants into his city amid winter storm https://www.foxnews.com/politics/border-mayor-begs-biden-to-stop-releasing-illegal-immigrants-into-his-city-amid-winter-storm
I would be very surprised if the Biden Administration took care of Americans first. $4 billion dollars were going to Latin America to help mitigate poverty after the severe hurricane recently. I have been to Latin America all my life and it is the 4th world. American and Canadian demand push drug lords to send drugs North.

Listen to your Mayors. It appears that illegals and those in incarceration are going to get the coronavirus vaccine before I would get it if I still lived in the USA.

Having to get a supervisor to approve deportations is too much meddling by this administration. I hope that many of these executive orders will end up being over-turned by federal judges.

The caravans get announcements from local radio in San Pedro Sula. Non-government organizations coordinate to have these caravans go up North and I am sure that the recent executive orders are going to entice a division-sized group of people up to the US border.

I heard some reports saying that if anyone was detained and deported during the trump administrator and, they get a pass into the USA.

This administration appears using a roundabout way to bring 11 million more Democrats in the next 8 years.

I believe that his policy will only be successful in piecemeal ways because this is not the time to put worldwide illegal immigrants or you call them non-citizens as being more important than American citizens during the middle of a recession and a pandemic. The silly Canadians also beat you to the punch because the Trudeau government calls them 'irregular aliens'. I heard Trudeau called a Quebecker lady a racist because she referred to them as illegal aliens. At least the Canadian still use the word aliens. When I think of irregular, I think of a guerrilla army.

Border mayor begs Biden to stop releasing illegal immigrants into his city amid winter storm
This is a true story and video linking the mayor of the small Near the Texas Mexico border is included in this article. Many of you won't even look at this article because it comes from Fox News. I don't think some source like National Public Radio would publish this. Since October, many news media outlets have been like the get smart cone of silence and purposely keep stories under wraps or they think it's not worth it.

This is a slap in the face for those people who applied for residency and have been waiting for up to 7 years to get it. My mother did immigration consulting from 1960 until 1987. Her agency helped illegal aliens that were already in the country and who had children born in the USA. They followed the framework and background checks and they were eventually given residency and some obtained American citizenship. Most countries have skills-based criteria to get a work Visa or residency. I don't think this administration will ever do something like that. This is being done during a recession which is just going to hurt the common man who is trying to recover from Draconian lockdowns in many States. 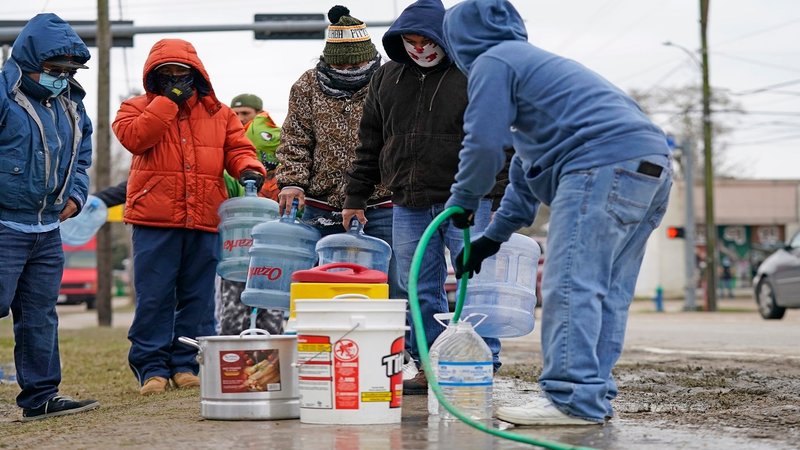 A Texas border mayor is begging President Biden to help his town struggling under extreme weather conditions, the coronavirus pandemic, and an influx of undo...

Thank you my friend LTC (Join to see) for making us aware that Bruno Lozano, Mayor of Del Rio, Texas is begging President Biden to help his town struggling under extreme weather conditions, the coronavirus pandemic, and an influx of undocumented migrants crossing the border.
Border mayor begs Biden to stop releasing illegal immigrants into his city amid winter storm
https://www.youtube.com/watch?v=useHDzhJDCo

A1C Mike Allen
1 mo
I do not mean for people to do pro bono work, or any other type of action.
I mean, exactly what I said. PUT YOUR MONEY WHERE YOUR MOUTH IS.

YOU open your house to illegal aliens. (allow then to live with you, in your house, with your family).

YOU feed the illegal aliens out of your pantry. (feed them with your groceries)

YOU pay for illegal alien medical care. (put them on your healthcare plan or pay for their medical insurance).
(3)
Reply
(0)

SPC Michael Terrell
1 mo
Capt Gregory Prickett - Yes. Jesus Christ taught us that salvation was now through accepting him, and his teaching, not by following Jewish law.
Tell, me. Have you ever been homeless? Without any food, or a prospect of a job? During that time did you give someone all of the money that you had, so that a man and wife could afford one simple meal while you went hungry?
Have you ever crawled out of bed with Pneumonia to repair a neighbors house in below zero weather, fully knowing that you would never be paid the money that you were promised. How often have you crawled out of a warm bed, to take someone to doctor appointments, or paid their bills, even though you couldn't really afford to?
How many hundred meals have you missed, because you spent your food budget on someone else's electric bill or to feed their kids?
I do not claim perfection, but I have stepped up to help others most of my life. I am now old, and have been 100% disabled for about 15 years, but I continued helping other as long as I could. I can no longer do free computer repair, because I can't carry the equipment. There are days that I don't feel well enough to drive.
I worked as an engineer at two Christian TV stations for less pay than I would have made at a commercial TV station. I installed and repaired sound systems in churches for little or no profit.
I used to give away a lot of repaired and used Electronics too people who couldn't afford it, and by doing so, I have tried to not just 'Talk the talk, I have tried to walk the walk. I could have a nice home and new cars if I hadn't given so much away, instead of a nearly 60 year old mobile home but I don't regret it.
(3)
Reply
(0)

SPC Michael Terrell
1 mo
I've tried to. I was taught from childhood to help others, and when possible to refuse payment for what was intended as a kindness. Sometime you had to, because of people's pride, but in your heart, it diminished what was intended to be a gift to them.
(3)
Reply
(0)

The City of Del Rio Mayor is pleading with the President of the United States to put a halt to any measures regarding the release of immigrants awaiting cour...

Lt Col John (Jack) Christensen
Posted 1 mo ago
Having lived in Del Rio, just exactly how does this mayor know all these people are illegal immigrants? Now if a truck load of Norwegians were released they would stand out, otherwise..........
(5)
Comment
(0)
Show More Comments
Read This Next
RallyPoint Home