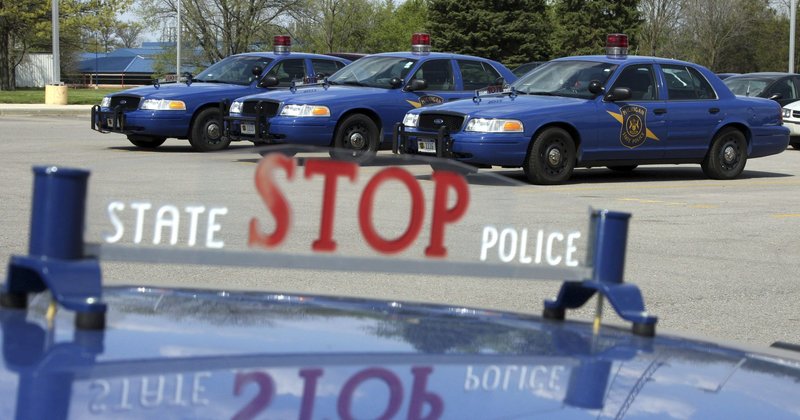 Posted from freep.com
Posted in these groups:

1stSgt Nelson Kerr
2 mo
PO1 H Gene Lawrence keeping the records is not a technically difficult task. It is done routinely even with compartmented information. It just takes the will to obey the law.
(2)
Reply
(0)

SFC Thomas McMahon
2 mo
1stSgt Nelson Kerr - Do you have proof that they intend to break the law? Or is your problem that there is the potential?
(1)
Reply
(0)

SFC Thomas McMahon
2 mo
SPC Joshua Blotzer - It allows for it but doesn't mean they will correct? Now, doesn't the records clerk at the police station have the ability to destroy paper copies of reports before they are digitized? Her having access allows her the opportunity to do that, but we don't operate on the assumption that she will do we? The people that maintain the servers those records are stored on could intentionally damage them and erase that data correct? Their position allows them the opportunity to do that, but we don't operate on the assumption they will do we? The Valet at the restaurant or hotel has access to car keys and the ability to steal one of those cars doesn't he? His position allows him the opportunity to do that, yet people still give him or her their keys and don't operate on the assumption just because he could, means he will, correct? Should I keep going or do you get the point? The logic you used applies to countless scenarios in life. I'm assuming you own a vehicle. You could see someone you don't like crossing the street and hit them with said vehicle couldn't you? We don't assume you will though, you're not going to lose your privilege to drive or be thrown in jail because of something you could do are you? That would be wrong wouldn't it? I already know the answers to these questions, but this last one I don't. Why this one SPC? Why of all the countless scenarios using your same logic from your comment are you picking this specific one to address? No right or wrong answers, just be honest and genuine.
(1)
Reply
(0)

The Free Press reported Jan. 22 that at least five high-ranking Michigan State Police officials had apps on their state phones that can evade FOIA.

The Free Press revealed Jan. 22 that senior members of the MSP have downloaded a text message encryption app called Signal onto their state phones.

Cpl Benjamin Long
Posted 2 mo ago
Then the court should hold them in contempt untill they unlock the files... I say... 10000 dollars a day for non compliance
(1)
Comment
(0)
show previous comments

SGT Tim. Wilson
2 mo
Cpl Benjamin Long I’ll just scratch my head on this one and leave it at that. Obviously nothing is equal to you’re lack of understanding!
(0)
Reply
(0)

Cpl Benjamin Long
2 mo
SGT Tim. Wilson What are trying to lecture me about? Because it seems like you just want to name call me.
(0)
Reply
(0)

Cpl Benjamin Long
2 mo
SGT Tim. Wilson conjecture cannot not be 100% anything.. You just need to convince the jury that suspect knowingly used an app that is designed destroy evidence...
(0)
Reply
(0)

Cpl Benjamin Long
2 mo
SGT Tim. Wilson Judicial ruling leads to indictment on statute... And I don't care what you state in other posts...
(0)
Reply
(0)
Read This Next
RallyPoint Home