The removal of the restrictions was expected after Mr. Biden last week signed an executive order aimed at preventing discrimination on the basis of sexual orientation or gender identity.

“President Biden believes that gender identity should not be a bar to military service, and that America’s strength is found in its diversity,” the White House said in a statement on the decision, which was issued though an executive order. “America is stronger, at home and around the world, when it is inclusive.”

Mr. Biden signed the executive order lifting the restrictions during a brief appearance before reporters in the Oval Office. He was joined by Vice President Kamala Harris, Defense Secretary Lloyd Austin and Army Gen. Mark Milley, chairman of the Joint Chiefs of Staff.

Mr. Biden said he was reinstating a position supported by previous military commanders and defense secretaries, “enabling all qualified Americans to serve their country in uniform.”

In a statement released shortly after Mr. Biden signed the executive order, Mr. Austin said the Pentagon would immediately take action “to ensure individuals who identify as transgender are eligible to enter and serve in their self-identified gender.”

“Prospective recruits may serve in their self-identified gender when they have met the appropriate standards for accession into the military services,” Mr. Austin said.

The Pentagon and the Department of Homeland Security, which is in charge of the U.S. Coast Guard, are expected to provide the White House with an update on implementing the new policy in 60 days, the White House statement said.

“This is a major step in the defense not only of America but of American values,” said Aaron Belkin, executive director of the Palm Center, a research institute and advocacy organization that works on military-diversity policy. “The ban will now be replaced with a single standard for everyone that…will apply equally to all service members.”

Mr. Trump in July 2017 announced he was banning transgender people from military service in a series of tweets, catching his defense secretary at the time, Jim Mattis, by surprise. Rules concerning transgender service members had been eased the year before by the Obama administration in a move that also provided for military medical care for a condition known as gender dysphoria.

Opponents to transgender service members, including some conservative congressional Republicans, have said their presence disrupts military readiness and imposes heavy medical costs on the military’s health-care system. They also have questioned whether transgender service members are as capable as others in the military of deploying whenever and wherever needed, a contention rebutted by advocacy groups.

A 2016 study for the Pentagon by the Rand Corporation calculated medical costs borne by the military for including transgender service members at between $2.4 million and $8.4 million annually, a fraction of a percent of the military’s health-care expenditures.

The decision by the Trump administration led to a series of lawsuits, in some cases leaving commanders unsure of how to proceed. In 2019, the Supreme Court issued brief written orders that temporarily blocked the effect of multiple lower court rulings that had prevented Mr. Trump and the Pentagon from implementing restrictions on transgender service members.

Mr. Biden has issued more than two dozen executive orders in his first days in office, also focusing on areas such as the environment, workers and the role of government in the economy, drawing criticism from Republicans. 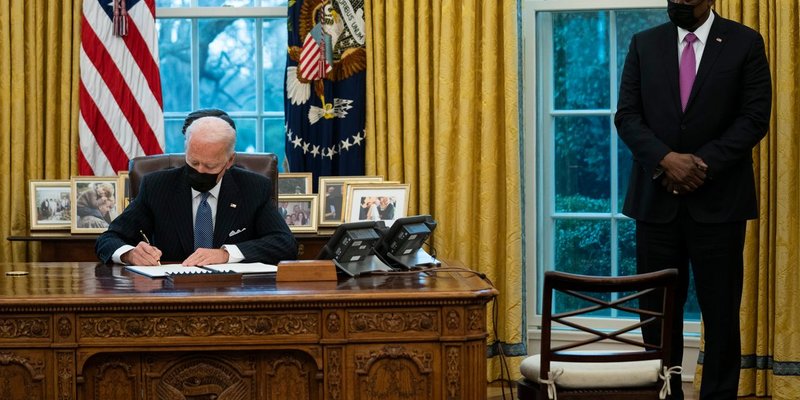 SSgt (Join to see)
Posted 1 mo ago
Excellent news. Sad to see how some on here refuse to embrace all of those who are willing to write that blank check.
(12)
Comment
(0)

SFC (Join to see)
1 mo
Especially when they are repeating misinformation and just flat out false info.
(6)
Reply
(0)

SPC Casey Ashfield
Posted 1 mo ago
Good. Being able to serve openly would have saved my godson's step mother much anguish in the 90s. She spent a decade as a Green Beret while dealing with gender dysphoria.
(10)
Comment
(0)

TSgt (Join to see)
Posted 1 mo ago
A most welcome development. I will never forget the people who turned on their Airmen when the ban was reinstated. Absolutely disgusting behavior from people who were supposed to have their backs.
(9)
Comment
(1)
Show More Comments
Read This Next
RallyPoint Home