"No man was more foolish when he had not a pen in his hand, or more wise when he had." Samuel Johnson.

A Hungarian journalist named Laszlo Biro invented the first ballpoint pen in 1938. Biro had noticed that the ink used in newspaper printing dried quickly, leaving the paper smudge-free, so he decided to create a pen using the same type of ink. But the thicker ink wouldn't flow from a regular pen nib. Biro had to devise a new type of point. He did so by fitting his pen with a tiny ball bearing in its tip. As the pen moved along the paper, the ball rotated, picking up ink from the ink cartridge and leaving it on the paper.

Biro's Patents
This principle of the ballpoint pen actually dates back to an 1888 patent owned by John Loud for a product designed to mark leather, but this patent was commercially unexploited. Biro first patented his pen in 1938 and he applied for another patent in June 1943 in Argentina after he and his brother emigrated there in 1940.

The British government bought the licensing rights to Biro’s patent during World War II. The British Royal Air Force needed a new pen that would not leak at higher altitudes in fighter planes the way fountain pens did. The ballpoint’s successful performance for the Air Force brought Biro’s pens into the limelight. Unfortunately, Biro had never gotten a U.S. patent for his pen, so another battle was just beginning even as World War II ended.

The Battle of the Ballpoint Pens
A lot of improvements were made to pens in general over the years, leading to a battle over the rights to Biro's invention. The newly-formed Eterpen Company in Argentina commercialized the Biro pen after the Biro brothers received their patents there. The press hailed the success of their writing tool because it could write for a year without refilling.

Then, in May 1945, Eversharp Company teamed up with Eberhard-Faber to acquire exclusive rights to Biro Pens of Argentina. The pen was rebranded as the “Eversharp CA,” which stood for “capillary action.” It was released to the press months in advance of public sales.

Less than a month after Eversharp/Eberhard closed the deal with Eterpen, a Chicago businessman, Milton Reynolds, visited Buenos Aires in June 1945. He noticed the Biro pen while he was in a store and recognized the pen’s sales potential. He bought a few as samples and returned to America to launch the Reynolds International Pen Company, ignoring Eversharp’s patent rights.

Reynolds copied the Biro pen within four months and began to sell his product by the end of October 1945. He called it "Reynolds Rocket" and made it available at Gimbel’s department store in New York City. Reynolds’ imitation beat Eversharp to market and it was immediately successful. Priced at $12.50 each, $100,000 worth of pens sold their first day on the market.

Britain was not far behind. The Miles-Martin Pen Company sold the first ballpoint pens to the public there at Christmas 1945.

The Ballpoint Pen Becomes a Fad
Ballpoint pens were guaranteed to write for two years without refilling and sellers claimed they were smear-proof. Reynolds advertised his pen as one that could "write under water."

Then Eversharp sued Reynolds for copying the design that Eversharp had acquired legally. The 1888 patent by John Loud would have invalidated everyone's claims, but no one knew that at the time. Sales skyrocketed for both competitors, but Reynolds’ pen tended to leak and skip. It often failed to write. Eversharp’s pen did not live up to its own advertisements either. A very high volume of pen returns occurred for both Eversharp and Reynolds.

The Jotter
Meanwhile, fountain pens experienced a resurgence of their old popularity as Reynolds’ company folded. Then Parker Pens introduced its first ballpoint pen, the Jotter, in January 1954. The Jotter wrote five times longer than the Eversharp or Reynolds pens. It had a variety of point sizes, a rotating cartridge, and large-capacity ink refills. Best of all, it worked. Parker sold 3.5 million Jotters at prices from $2.95 to $8.75 in less than a year.

The Ballpoint Pen Battle Is Won
By 1957, Parker had introduced the tungsten carbide textured ball bearing in their ballpoint pens. Eversharp was in deep financial trouble and tried to switch back to selling fountain pens. The company sold its pen division to Parker Pens and Eversharp finally liquidated its assets in the 1960s.

Then Came Bic
The French Baron Bich dropped the ‘H’ from his name and began selling pens called BICs in 1950. By the late fifties, BIC held 70 percent of the European market.

Ballpoint Pens Today
BIC dominates the market in the 21st century. Parker, Sheaffer, and Waterman capture smaller upscale markets of fountain pens and expensive ballpoints. The highly popular modern version of Laszlo Biro's pen, the BIC Crystal, has a daily worldwide sales figure of 14 million pieces. Biro is still the generic name used for the ballpoint pen used in most of the world." 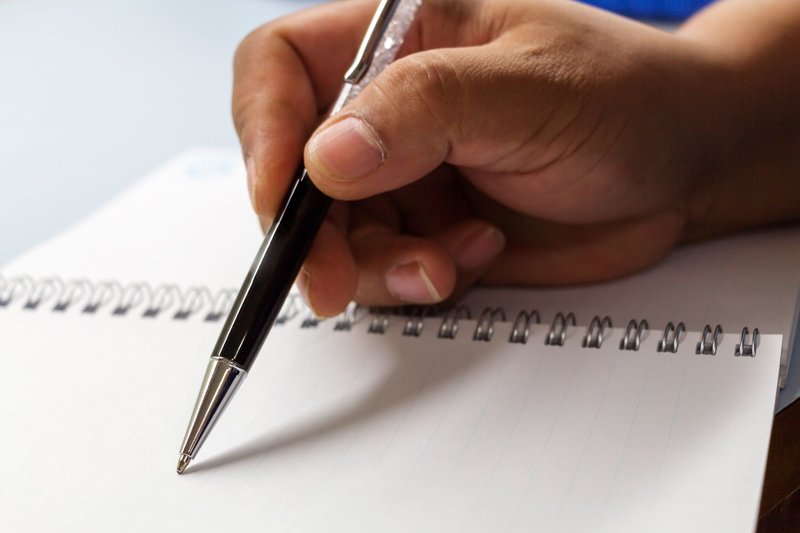 Lt Col Charlie Brown
Posted 8 mo ago
Those early ones were almost as bad as fountain pens...
(3)
Comment
(0)

Lt Col John (Jack) Christensen
Posted 8 mo ago
I recall some of those ballpoint pens that leaked like crazy back in the 60s.
(3)
Comment
(0)

MSgt Gerald Orvis
Posted 8 mo ago
When I was in 3rd grade (1957), we had to learn the Palmer method of cursive using a steel-nib dipping pen. When we were good enough, the teacher allowed us to purchase (for $2.50, as I recall) the then new Sheaffer cartridge fountain pen. Because we could see the ink cartridge and how much ink we had, we students thought it was neater than indoor plumbing. I remember the ball point pens of that era, including the BIC pen (which I think sold for a dime), and how they'd leak and get ink on your fingers, just like a fountain pen. The cheap student fountain pens then included the aforementioned Sheaffer and the Esterbrook, which filled with a lever on the side and sold for a couple of bucks. I collect fountain pens and have hundreds of them, including the ones I used in school, and I still prefer to use them because they make my penmanship better, but I find uses for ball point pens (and roller balls, too), too.
(1)
Comment
(0)
Show More Comments
Read This Next
RallyPoint Home