A draft decision from Justice Samuel Alito states that “Roe was egregiously wrong from the start, it’s reasoning was exceptionally weak, the decision has had damaging consequences,” and "it is time to heed the Constitution and return the issue of abortion to the people's elected representatives." 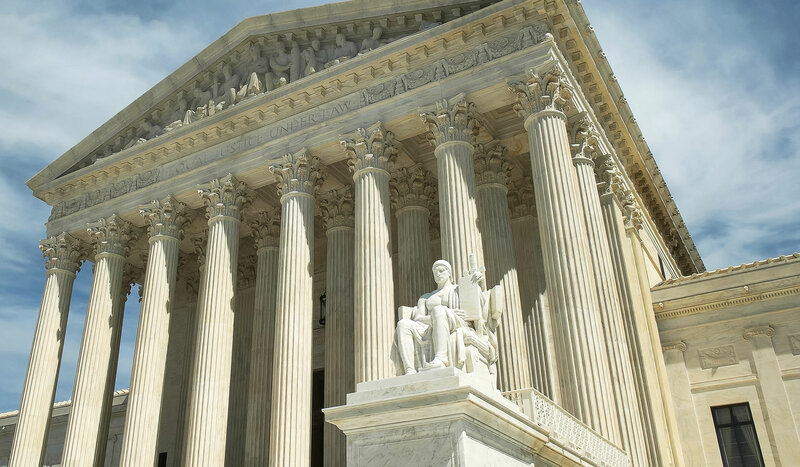 Lt Col Charlie Brown
Posted 5 mo ago
While I agree with the what seems to be the proposed outcome., I am horrified that the tradition of secrecy that opinions are private until released has been broken.
(9)
Comment
(0)
show previous comments

LTC Stephen F.
5 mo
The leaker is suspected to somebody who supports abortion at age stages Sgt (Join to see) Lt Col Charlie Brown Last night Democrat supporters of abortion were pushing for an end to the filibuster and time to ram through the Women's protection act to make Abortion a Federal right.
(6)
Reply
(0)

PO1 (Join to see)
5 mo
LTC Stephen F. - Sgt (Join to see) Lt Col Charlie Brown he whole reason it was leaked was to enable the left to freak out and stage violent protests thus try and influence the final decision.... it is straight out intimidation of SCOTUS by actors of the left. I have heard that a clerk for Sotomayor is the most likely one whom is the leaker via her pervious interactions with the reporter whom broke the story.
(4)
Reply
(0)

MAJ Hugh Blanchard
5 mo
I agree. Regardless of one's opinion, the dignity of the Supreme Court and the secrecy that has always surrounded its debate on issues under consideration must be preserved. This leak has now ignited a firestorm of protest and debate that will not improve the judicial atmosphere in the Supreme Court. If the Marshall of the Supreme Court finds the offender, that person must be stripped of their law license and forbidden from practicing law forever.
(4)
Reply
(0)

LTC Stephen F.
Edited 5 mo ago
Posted 5 mo ago
Thank you my friend and sister-in-Christ Sgt (Join to see) for posting the perspective from the national review that a "A draft decision [first circulated on February 10, 2022] from Justice Samuel Alito obtained by Politico states that “Roe was egregiously wrong from the start. Its reasoning was exceptionally weak, and the decision has had damaging consequences. And far from bringing about a national settlement of the abortion issue, Roe and Casey have enflamed debate and deepened division.”
IMHO opinion this is great and unsurprising in response to the December 1, 2021 Dobbs v. Jackson Women’s Health Organization case.

I pray for the safety of Justices Clarence Thomas, Neil Gorsuch, Brett Kavanaugh, and Amy Coney Barrett who each joined Samuel Alito.
Hopefully the leaker will be identified and prosecuted to the full extent of the law, after the 2022 midterms.

No doubt this was leaked by somebody supporting abortion at all stages, since it may well results in threats to the life of Justices Clarence Thomas, Neil Gorsuch, Brett Kavanaugh, and Amy Coney Barrett all joined Alito,

It would be wonderful if the ruling by the Supreme Court on Dobbs v. Jackson Women’s Health Organization considered the Mississippi law banning abortion after 15 weeks of pregnancy to be constitutional. I hope the ruling will be announced this summer.


According to a leaked draft opinion obtained by Politico, the United States Supreme Court is poised to overturn Roe v. Wade and end abortion in this country as we know it. As crowds gather at SCOTUS and the pro-aborts boil with anger, Liz examines the draft opinion and circumstances surrounding the leak to determine why it happened, bring to light the Left’s unhinged reactions, and explore what’s next for one of the most consequential rulings of our lifetime. One thing is for sure—the fight for life is just beginning. This is The Liz Wheeler Show.
https://rumble.com/v13cl6r-leaked-decision-overturning-roe-ep.-140.html


“The Constitution does not prohibit the citizens of each State from regulating or prohibiting abortion. Roe and Casey arrogated that authority. We now overrule those decisions and return that authority to the people and their elected representatives,” concludes the draft, which is not final and could change, or be supplanted by the time the Court issues its ruling. The document indicates that it was first circulated on February 10; Dobbs v. Jackson Women’s Health Organization was argued on December 1 of last year.'
"Justices can, and have, changed their position after staking one out during an initial vote. In 2012, it was reported by CBS’s Jan Crawford that Chief Justice John Roberts initially voted in favor of ruling that the Affordable Care Act was unconstitutional before changing course and upholding it in National Federation of Independent Business v. Sebelius.
The Mississippi law banning abortion after 15 weeks of pregnancy at issue in Dobbs was struck down by a district court judge and then by the U.S. Court of Appeals for the Fifth Circuit. It would be upheld as constitutional under a ruling that looked like Alito’s draft.
According to the report, Justices Clarence Thomas, Neil Gorsuch, Brett Kavanaugh, and Amy Coney Barrett all joined Alito, voting in favor of a full overturning of Roe during initial deliberations in Dobbs, while Chief Justice Roberts was undecided. Those lines remained intact as of this week, according to Politico, but CNN has reported that Roberts would dissent from Alito’s opinion yet is willing to uphold the Mississippi law as constitutional. Under the framework laid out by Alito in his draft opinion, states would be permitted to enact restrictions on abortion not allowed under Roe and Casey.
“Procuring an abortion is not a fundamental constitutional right because such a right has no basis in the Constitution’s text or in our Nation’s history,” writes Alito, who also argues that the viability standard established by Roe — which in theory allows abortion to be regulated after fetuses become capable of surviving outside the womb — “makes no sense,” because it depends on “factors that have nothing to do with the characteristics of the fetus.”
Barriers were erected outside the Supreme Court on Monday night to prevent a storming of the building or other disorderly conduct, as a large crowd gathered at the site.
The leak of a draft opinion — if the one obtained by Politico is confirmed to be authentic — would be unprecedented in the modern era and mark a stunning betrayal of the Court’s process. A Supreme Court spokesperson declined to provide Politico with any comment on the matter."

According to a leaked draft opinion obtained by Politico, the United States Supreme Court is poised to overturn Roe v. Wade and end abortion in this country as we know it. As crowds gather at SCOTUS a

MAJ Hugh Blanchard
5 mo
I am personally opposed to abortion but I don't presume to speak for all. In my view, legally, abortion is NOT a federal issue. Abortion is not mentioned anywhere in the U.S. Constitution nor in any amendment. I therefore believe that abortion should be an issue for each state to decide. Remember that in the Constitution, whatever power is not explicitly given to the federal government is retained by the states.
(6)
Reply
(0) 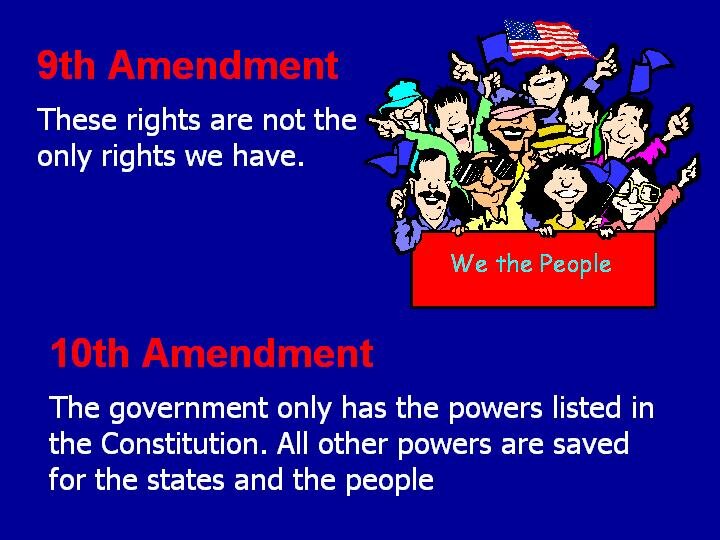 MAJ Hugh Blanchard -
"whatever power is not explicitly given to the federal government is retained by the states."

Pretty simple language anybody can grasp and understand
(5)
Reply
(0)

Maj Kevin "Mac" McLaughlin
Posted 5 mo ago
Regardless of the issue, the fact that this opinion was leaked is absolutely unacceptable. The person responsible needs to be found, fired, and prosecuted.
(6)
Comment
(0)
show previous comments

Maj Kevin "Mac" McLaughlin
5 mo
PO1 (Join to see) I have a good idea of the likelihood of why, narrowing it do to potentially who. As far as I’m concerned, each of the clerks who had access should be dismissed (all of them) until cleared. If it was one of the Justices, they should be impeached almond with any accomplices.
(5)
Reply
(0)

MAJ Hugh Blanchard
5 mo
Clearly this "leak" was from a clerk working for one of the Justices, and that clerk has a pro-abortion agenda. Now watch the crazies from all sides put on a show for the normal people. It will get ugly.
(3)
Reply
(0)

Maj Kevin "Mac" McLaughlin
5 mo
Here’s the thing. My views on abortion are complex, irrelevant to this issue, and none of anyone’s business. That said, there is a larger problem which would still be the case regardless of whether I welcome the potential ruling or not. Assuming the reporting is accurate, in that only the Justices and their clerks have access to these documents, we’re talking roughly 38 people from what I heard. Each of these people have a duty and obligation to comply with the law, and to protect the sanctity of the Supreme Court. It appears the one of those people have betrayed the trust of the court and the American people, all in the name of one single case. That’s sad. No matter how much they think they were right, they have confirmed that at least one person in that group is willing to allow politics vs the rule of law to ruin the assurance that the court rules on that rule of law vs their own feelings about the case. It’s not much different than a member of the military articulating classified war plans of our military to prevent an action from happening. All because I’m their own small view of the world, their position is more important than the remaining justices and the American people. I would actually have some respect for this person if they were to step forward, admit they did it, and resign (and never practice law again). That person would still be an idiot, but at least they have the balls to take responsibility for their actions.
(1)
Reply
(0)
Show More Comments
Read This Next
RallyPoint Home