SFC Joe S. Davis Jr., MSM, DSL
4.31K
17
12
7
7
0
The squadron commander of the 4th Security Forces Squadron at Seymour Johnson Air Force Base in North Carolina has been reassigned after the squadron's security forces manager was charged in a fatal drunk driving accident.

Maj. Gilbert Wyche has been temporarily reassigned to his wing's mission support group, Tech. Sgt. Phillip Butterfield, a spokesman for the 4th Fighter Wing, said in an email Tuesday.

Chief Master Sgt. Hector Soler, the squadron's security forces manager, allegedly drove drunk on Dec. 10 and hit 17-year-old Johny Robert Watson, who died five days later. An accident report states that Soler crashed into the back of Watson's Jeep at 70 mph around 11:30 p.m. Dec. 10, launching the Jeep 159 feet into a utility pole, according to a report by the Goldsboro News-Argus. Soler has been charged with felony death by motor vehicle, failure to reduce speed​ and driving while impaired with a blood alcohol content of .16.

"Due to the proximity of Maj. Wyche's and Chief Master Sgt. Soler's positions, Maj. Wyche has been temporarily reassigned outside of the 4th Security Forces Squadron and into the 4th Mission Support Group until a thorough review of all the information connected to the incident is complete," Butterfield said in a Wednesday email, after being asked whether the reassignment was related to Soler's arrest. "Pending review of the evidence found in this investigation, a determination of his duty position will be made."

The unofficial Facebook page Air Force amn/nco/snco first mentioned that the squadron commander had been removed on Monday. 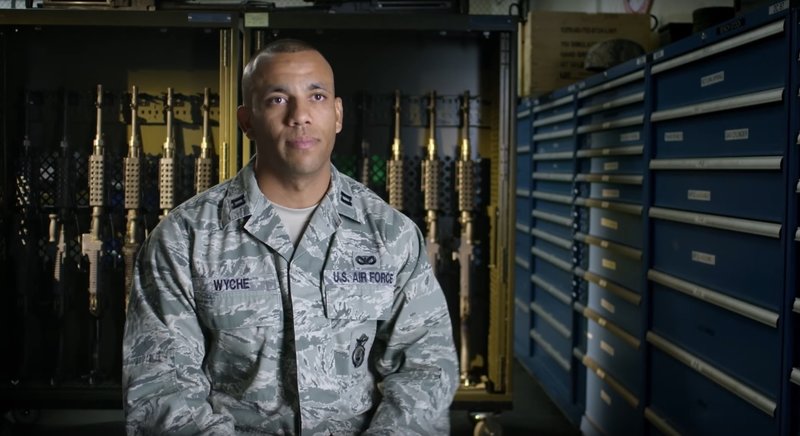 SSG Warren Swan
Posted >1 y ago
They stop a mans career due to his SEL being a complete failure in life and his ignorance in driving drunk? Doesn't pass the BS ometer. ""Due to the proximity of Maj. Wyche's and Chief Master Sgt. Soler's positions, Maj. Wyche has been temporarily reassigned outside of the 4th Security Forces Squadron and into the 4th Mission Support Group until a thorough review of all the information connected to the incident is complete"..Not an expert on AF policies, but unless he tried to cover it up, why was he removed? There is a big hole, that isn't being told. If any Airman can shed some light, it's be appreciated.
(2)
Comment
(0)

PO2 Robert Aitchison
Posted >1 y ago
Seems harsh for the commander. Of course if the SNCO had a habit of drinking & driving and the commander knew about it that would be pretty damming.
(2)
Comment
(0)