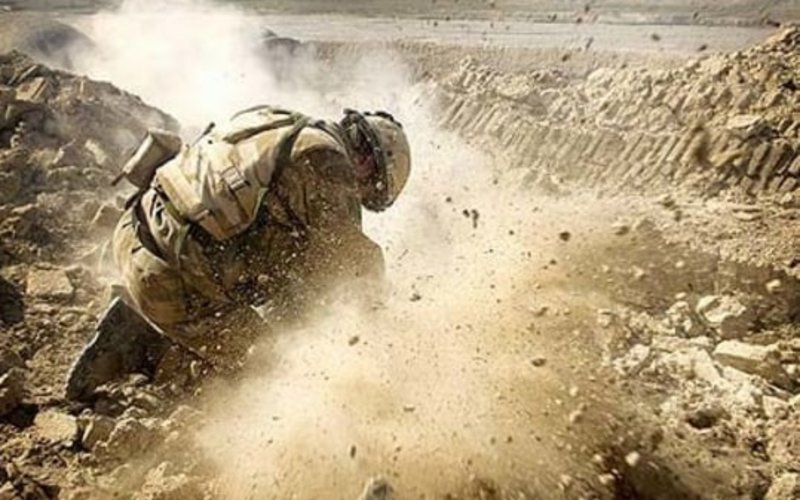 Posted from telegraph.co.uk
Posted in these groups:

Sgt Wayne Wood
Posted 5 y ago
Hmm... if there is a genetic component will future enlistees be screened PRIOR to enlistment & possibly denied enlistment?
(7)
Comment
(0)

LTC Stephen F.
Posted 5 y ago
On of the saddest aspects of this "blood test" is that it will be most likely a western blot type test which based positive on x number of positive markers out of say ten SSG Diane R.
Western blot has been used for HIV, Lyme and other immune suppressive diseases for a long time. Western blot uses statistical inference based on generally sound science to establish the patient has a disease. However it generally can't say are free of the disease.
I expect anybody who has been through very traumatic experiences will have some positive markers triggered. The RNA DNA "processes" which generate chromosomes, genes, etc. are "programmed" prior to birth - "genetic" changes after trauma requires control samples of service members before they are exposed such as at induction before they experience service-related traumatic events.
Of course that presupposes no traumatic experience prior to or confident with military service.
2. If this test is determined conclusive it may mean that service members veterans will be classified as PTSD or not on the basis of the test. That can very well add stress to people who test falsely positive or negative.
3. My brains were rattled a few times before and during military service. I wouldn't be surprised to learn that my sample would indicate "PTSD" - of course I would be curious what baseline they would use.
Thanks for alerting me COL Mikel J. Burroughs
FYI LTC Stephen C. Maj William W. 'Bill' Price Capt Christopher Mueller Capt Seid Waddell CW5 (Join to see) SGM David W. Carr LOM, DMSM MP SGT SFC (Join to see) SSgt (Join to see) SP5 Mark Kuzinski SGT John " Mac " McConnell SGT Robert George SP5 Robert Ruck SCPO Morris RamseyCPL Eric Escasio SPC (Join to see) SrA Christopher Wright SPC Margaret Higgins Kim Bolen RN CCM ACM
(5)
Comment
(0)

LTC Stephen F.
5 y
GySgt John Olson - I read through the article.
As I mentioned RNA to DNA is a critical factor in the University of Maastricht study and hypothesis.
For this study they tests service members who have not been diagnosed with PTSD and some who have been diagnosed. That is somewhat biased study .
Double blind is best type lf study where neither patients nor testers know which is the study group and which is the control group.
In this particular test the service members who experienced trauma but were not labeled PTSD [yet] had changes in 27 RNA coded molecules.
This is why I mentioned the western-blot type test which would probably test the primary chromosomes to see changes which are assumed to be based on "stressful or frightening events" which is how they define the "anxiety disorder" Post traumatic stress disorder.
The study so far has been limited to service members deployed to Afghanistan. To be valid IMHO, the study should be expanded to a study of all service members by randomly selecting junior, mid-grade and senior service members through the services.
To be meaningful on induction into the military services should include a blood sample as baseline.

"Post traumatic stress disorder could soon be diagnosed with simple blood test after scientists found crucial genetic changes in soldiers suffering from trauma after serving in Afghanistan.
PTSD is an anxiety disorder caused by stressful or frightening events which can cause flashbacks, nightmares, depression, sleep problems and guilt.
Until now it could only be diagnosed through self-reported symptoms, which many victims, particularly servicemen, were reluctant to disclose.
But scientists at the University of Maastricht discovered crucial differences in the microRNA molecules of soldiers who had served time in Afghanistan.
Unlike DNA which provides the genetic code for functions in the body, microRNA regulates how active those genes are.

When they looked at eight Afghanistan veterans who had suffered trauma and developed PTSD they found differences in 40 microRNA molecules compared to soldiers who had not fought.
Servicemen who suffered trauma but did not develop PTSD only had differences in 27 molecules. Crucially miRNA can circulate throughout the human body and can be detected in the blood, so a blood test could pick up the abnormalities.
“Most of our stressful experiences don’t leave a long-lasting psychological scar,” said lead author Dr Laurence de Nijs, of Maastricht University, The Netheralands.
“However, for some people who experience chronic severe stress or really terrible traumatic events, the stress does not go away. They are stuck with it and the body’s stress response is stuck in ‘on’ mode. This can lead to the development of mental illness such as PTSD.

COL Mikel J. Burroughs
Edited 5 y ago
Posted 5 y ago
I look forward to reading more about this SSG Diane R. Thanks for sharing this article.