Would you vote for Trump as a Third Party candidate for POTUS? 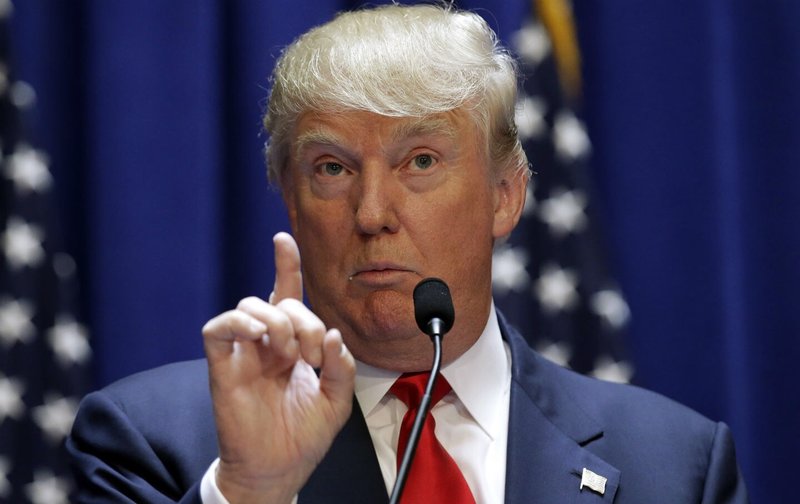 Donald Trump indicated he would most certainly consider jumping ship and running as an Independent Third Party candidate if the GOP 'mistreats' him, according to recent interviews.

Pressed on whether he would run as a third-party candidate if he fails to clinch the GOP nomination, Trump said that “so many people want me to, if I don’t win.”
“I’ll have to see how I’m being treated by the Republicans,” Trump said. “Absolutely, if they’re not fair, that would be a factor.”

RNC Chairman Reince Priebus called Trump earlier this month asking him to tone down his controversial rhetoric. More recently, the RNC rebuked him for saying that Sen. John McCain (R-Ariz.) is not a war hero. Trump didn’t apologize but has since said that the 2008 Republican presidential nominee is a war hero.

Trump told The Hill that the GOP establishment in Washington dislikes him because he’s not part of the political class.

The real estate magnate has upended the Republican presidential primary, with recent national polls showing that he is leading the 16-candidate field. Many in the party’s establishment, pointing to his inflammatory comments about Mexican immigrants and McCain, say that Trump is badly hurting the GOP brand.

Yet he is connecting with a significant chunk of GOP voters. And despite criticism from party leaders and other presidential candidates, Trump appears fueled by controversy.

Would Trump as an Independent get your vote?
Posted in these groups:

SGT (Join to see)
Edited >1 y ago
Posted >1 y ago
I still cannot grasp how anyone can consider Mr. Trump as a viable candidate. Anyone who takes more than five minutes googling his history should have no problems finding all the skeletons in his closet. I especially can't wrap my head around a man or woman with a military back ground supporting him after his disgraceful comments regarding Senator McCain. As silly as it sounds I feel legitimately embarrassed for my country that he is being taken as seriously as he is.

In short, not only is the answer to the original question a no, not only is it HELL no, it's firmly in the realm of F*** NO. Regardless of what party the man affiliates with. I can think of few people who would be a worse President of the United States of America.
(9)
Comment
(0)
show previous comments

SGT William Howell
>1 y
SGT (Join to see) One candidate is shady, the other is a flat out liar and has a history of deceptive practices. One of them is going to be President.

It makes me wonder when Hitler was jockeying for Chancellor of Germany if it was anything like this? The German people were fed up with the system the way it was and along comes this man that promises the world will change.
(1)
Reply
(0)

SGT William Howell
>1 y
SP5 Christine Conley I hate socialism. I fought it and I sure am not going to embrace it now. Stupid idea that has never worked since some moron came up with it.

While Bernie actually seems to be a nice guy, he is wired all wrong for me. I'll stick with the criminal and the village idiot.
(1)
Reply
(0)

SFC Chuck Martinez
>1 y
Every dam politician who ever served have and had skeletons in their closets. This is nothing new. You find me an honest politician and I will give you a mansion in the Sahara desert with an ocean front view!!
(0)
Reply
(0) 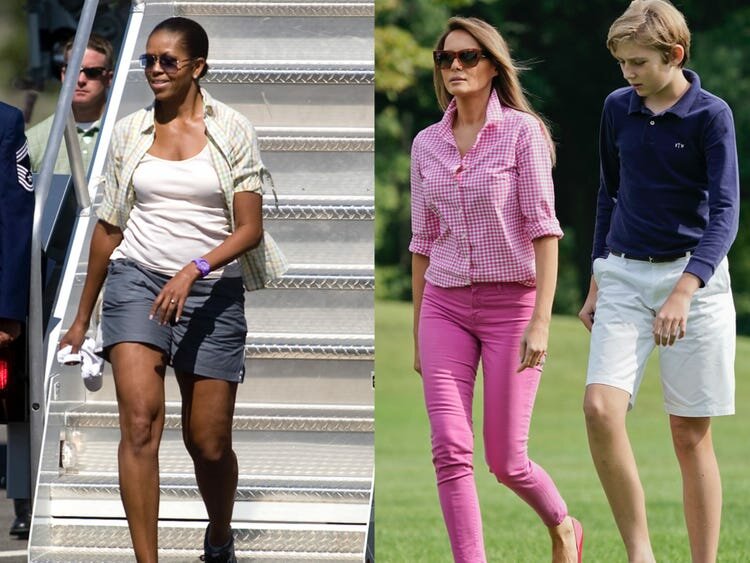 And besides, since when did you become such a prude? If Obama was married to Cardi B, would that offend your sensibilities?

To Liberals, exposing one’s self is considered brave and is called art… that is until they have a bone to pick because that person is on a side that they don’t like because it disagrees with them.

Frankly, I’d rather have a First Lady like Melania than a frumpy Wookie that lacks class.

I’ll also take an alpha male President that likes attractive women and doesn’t grope children or sniff hair… or get beach time and go to ball games with his “body man.” I want a President who knows how to negotiate with foreign leaders instead of giving everything away and goes around the world apologizing for American exceptionalism.

The fact that there is such a total lack of transparency surrounding the Obama’s and so much covering up for them by the Lamestream MediaPress is disturbing.
(0)
Reply
(0)

CPO Joseph Grant
Posted >1 y ago
It would be a hard choice because a vote for a third party candidate, so far, is essentially a wasted vote. It would be hard not to though because I feel he might just be able to reenergize the country.
(7)
Comment
(0)
show previous comments

CPO Joseph Grant
>1 y
Perhaps I should have said reunite. I see him being able to step in like Reagan did after Carter. He believes in America.
(2)
Reply
(0)

PO1 Shahida Marmol
>1 y
Reunite our country? He just disrespected a huge part of our country. He has no regard for minorities and women for that matter.
(1)
Reply
(0)

CPO Joseph Grant
>1 y
The only disrespect I've seen shown for a portion of the population is for the illegal immigrants. As for the John McCain thing, he's right. The man is simply a RINO who doesn't do a whole lot more than give lip service to vets.
(1)
Reply
(0)

SFC Chuck Martinez
>1 y
PO1 Shahida Marmol - All BS, that is what you believe, Biden is the one destroying our country brick by brick!
(1)
Reply
(0)

SFC Joe S. Davis Jr., MSM, DSL
Posted >1 y ago
GOP canadite or third party. I believe he is a strong force amongst all
(6)
Comment
(0)
Show More Comments
Read This Next
RallyPoint Home