What punishment should I recommend for Soldier who showed up for an ASU inspection with it on a hanger?

How do you deal with someone trying to call you "Stolen Valor"?

Does the reserves count towards my 20?

no travel orders for BOLC?

Maj Marty Hogan
5.61K
22
9
10
10
0
Steven Paul Jobs (/dʒɒbz/; February 24, 1955 – October 5, 2011) was an American entrepreneur, business magnate, inventor, and industrial designer. He was the chairman, chief executive officer (CEO), and a co-founder of Apple Inc., CEO and majority shareholder of Pixar,[3] a member of The Walt Disney Company's board of directors following its acquisition of Pixar, and the founder, chairman, and CEO of NeXT. Jobs and Apple co-founder Steve Wozniak are widely recognized as pioneers of the microcomputer revolution of the 1970s and 1980s.

Jobs was born in San Francisco to parents who had to put him up for adoption at birth, and he was raised in the San Francisco Bay Area during the 1960s.[4] He attended Reed College in 1972 before dropping out,[5] and traveled through India in 1974 seeking enlightenment and studying Zen Buddhism.[6] His declassified FBI report states that he used marijuana and LSD while he was in college,[7] and he once told a reporter that taking LSD was "one of the two or three most important things" that he did in his life.[8]

Jobs and Wozniak co-founded Apple in 1976 to sell Wozniak's Apple I personal computer. They gained fame and wealth a year later for the Apple II, one of the first highly successful mass-produced personal computers. Jobs saw the commercial potential of the Xerox Alto in 1979, which was mouse-driven and had a graphical user interface (GUI). This led to development of the unsuccessful Apple Lisa in 1983, followed by the breakthrough Macintosh in 1984, the first mass-produced computer with a GUI. The Macintosh introduced the desktop publishing industry in 1985 with the addition of the Apple LaserWriter, the first laser printer to feature vector graphics. Jobs was forced out of Apple in 1985 after a long power struggle.[9]

Jobs took a few of Apple's members with him to found NeXT, a computer platform development company that specialized in computers for higher-education and business markets. In addition, he helped to develop the visual effects industry when he funded the computer graphics division of George Lucas's Lucasfilm in 1986.[10] The new company was Pixar which produced Toy Story, the first fully computer-animated film.

Apple merged with NeXT in 1997, and Jobs became CEO of his former company within a few months, reviving Apple at the verge of bankruptcy. He worked closely with designer Jonathan Ive to develop a line of products that had larger cultural ramifications, beginning in 1997 with the "Think different" advertising campaign and leading to the iMac, iTunes, iTunes Store, Apple Store, iPod, iPhone, App Store, and the iPad. In 2001, the original Mac OS was replaced with a completely new Mac OS X, based on NeXT's NeXTSTEP platform, giving the OS a modern Unix-based foundation for the first time.

Jobs was diagnosed with a pancreatic neuroendocrine tumor in 2003 and died on October 5, 2011 of respiratory arrest related to the tumor. 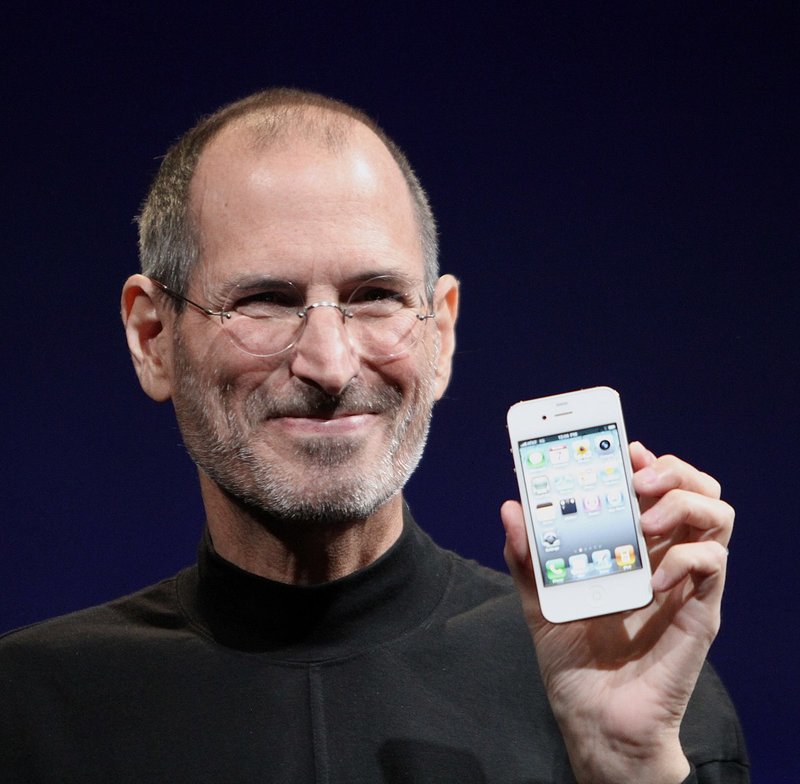 Drawing from some of the most pivotal points in his life, Steve Jobs, chief executive officer and co-founder of Apple Computer and of Pixar Animation Studios...

Thanks Maj Marty Hogan for letting us know that February 24 is the anniversary of the birth of American entrepreneur, business magnate, inventor, and industrial designer Steven Paul Jobs who was the exacting chairman, chief executive officer (CEO), and a co-founder of Apple Inc., CEO and majority shareholder of Pixar.
Rest in peace Steve Jobs.

"Drawing from some of the most pivotal points in his life, Steve Jobs, chief executive officer and co-founder of Apple Computer and of Pixar Animation Studios, urged graduates to pursue their dreams and see the opportunities in life's setbacks -- including death itself -- at the university's 114th Commencement on June 12, 2005."
https://www.youtube.com/watch?v=UF8uR6Z6KLc

SFC (Join to see)
Posted >1 y ago
Maj Marty Hogan thanks for the share of a genuineness!
(2)
Comment
(0)