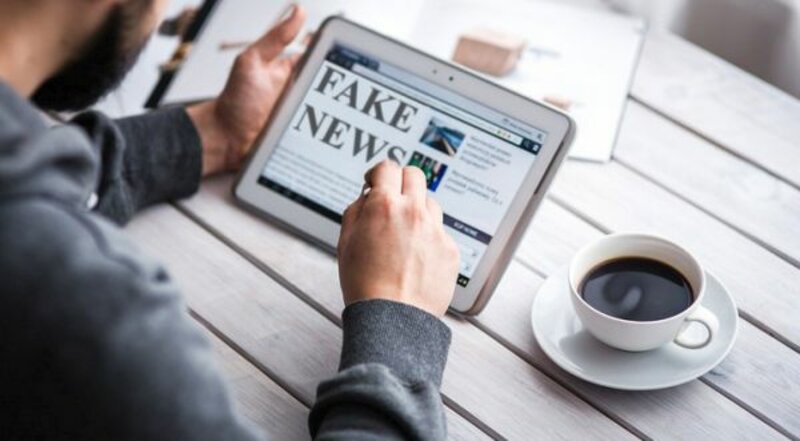 Posted from wnd.com
Posted in these groups: The New York Times

Project Veritas Exposes the NY Times
What happens when a journalist turns the tables on another journalist? Another great media lie is uncovered. Join Mark and Project Veritas as they capture the truth behind the New York Times' January 6 propaganda regarding the Capitol "insurrection." It's time for their lies to be revealed.
https://rumble.com/vx70vr-project-veritas-exposes-the-ny-times.html

Background from the link you shared {[wnd.com/2022/03/times-reporter-trump-pee-tape-not-exist]}
The New York Times reporter who reveals on hidden camera his belief that that media is falsely portraying the Capitol riot also discloses that there's an internal ideological war at the paper with a far-left but influential minority.
And he acknowledges that the "pee tape" in the infamous anti-Trump Steele dossier "doesn't exist," saying it "involved" CIA and National Security Agency sources.
Matthew Rosenberg, in part 2 of Project Veritas' series on the Times national security correspondent, also says he believes the paper may lose the defamation lawsuit that Project Veritas and founder James O'Keefe filed against the paper.
When interviewed later by O'Keefe, Rosenberg said he "absolutely" stands by the comments made in the undercover footage.
Rosenberg says establishment media were "making this an organized thing that it wasn't."

In part 2, Rosenberg speaks about his confidential sources, including the source of the "ridiculous … pee tape." His reference is to the Steele dossier’s claim that a tape existed of Trump engaging in lewd acts in a Moscow hotel room.
The tape, he says, "doesn’t exist."Rosenberg says that in the New York Times newsroom there is "a real internal tug of war between, like the reasonable people and some of the crazier leftist sh*t that's worked its way in there."

"They're not the majority, but they're very vocal, loud minority that dominate social media and, therefore, has just hugely outsized influence," he says.
That ideological slant, the reporter discloses, is "alienating" the paper's subscribers who he describes as "prosperous."
Rosenberg describes colleagues at the Times as "bullies" and "not the clearest thinkers, some of them." And some are "very neurotic people."
He talks about Times reporter Adam Goldman, describing him as a "terrible writer."
"He's just not good at conceptualizing things. He's not good with words. It’s a skill. It's a hard one.” Rosenberg added that “editors do all his writing for him."
Rosenberg also comments on the Project Veritas defamation suit against the Times.
"James O'Keefe, that was a f*ck up. We may well lose that one," said Rosenberg.'

What happens when a journalist turns the tables on another journalist? Another great media lie is uncovered. Join Mark and Project Veritas as they capture the truth behind the New York Times' January

Project Veritas: Matthew Rosenberg of The New York Times (and his January 6 reporting/comments)

Project Veritas, doing what the MSM used to do: "Investigative Reporting" Confrontation about his comments begins at: 5:32. https://nypost.com/2022/03/09/nyt-reporter-calls-colleagues-b-s-says-left-ov

MCPO Hilary Kunz
Posted 11 mo ago
What? They made it up in an effort to subvert the election of President of the United States?
Subvert, that’s Klinton’s new moniker…
(0)
Comment
(0)
Read This Next
RallyPoint Home