SGT (Join to see)
14.4K
158
44
29
29
0
I blame this crap on PC (Political Correctness). Yes, it wasn’t easy in BT when I went through, but it saved my life when I went to war. Years ago when I heard they had an eight hour day, 0700 to 1600, I couldn’t believe it. When I heard the DI couldn’t lay a finger on the troop, and wasn’t even supposed to yell at them, I thought then that this would happen. The speed of the team is the speed of the leader and if you can’t lead without any discipline, you’ve got a mob, not a team. 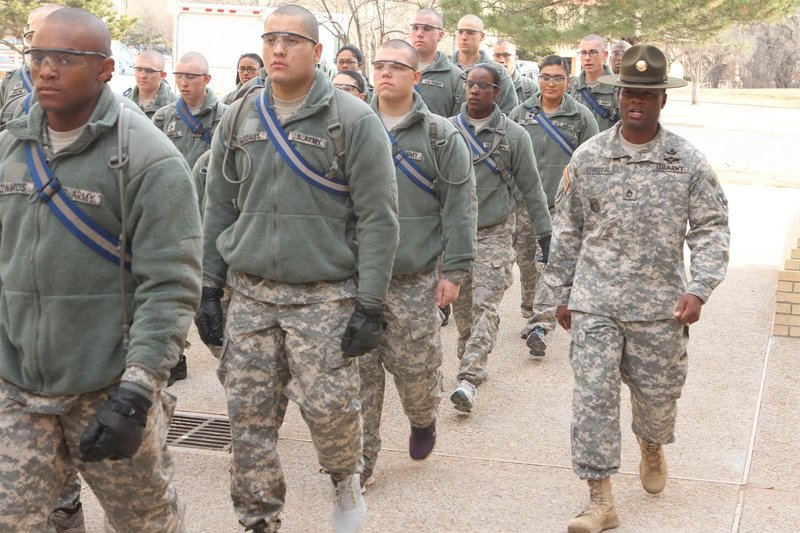 MSG Tom Earley
Posted >1 y ago
When I went through it was 0430hrs until 2200hrs 7 days a week. Yes the screaming, and yelling Drill Sergeants were a pain in the ass, but Basic Training is supposed to suck. They had 8 weeks of Boot Camp, and 6 weeks of AIT to turn us civilians into Soldiers. At Graduation we had to admit to ourselves how much we had learned from our Drills, and shake their hands, and say thank you because we were ready for what was coming next.
(17)
Comment
(0)

SGT (Join to see)
>1 y
That’s right MSG Tom Earley, fourteen weeks to get you ready for the rest of your life. You either excelled or you deserted.
(1)
Reply
(0)

SGT Tom Uran Jr.
1 y
Absolutely! You have to think about the state of world politics now. With all of the superpowers butting heads, we need some warriors to fight off the wolves. We don't need no cell phone addicted, PC, hurt feelings types of military men and women.
(1)
Reply
(0)

Capt Marty Hogan
Posted >1 y ago
I don't remember an 8-hour day unless it was on the drill pad in 100+ heat and don't recall anything really PC. I learned a lot about my mom from my TI in BMT. To this day- I can't believe she did the things he said....

SSG David Andrews
>1 y
The low discipline does not surprise me at all. Too much "PC". Thanks for the tag Capt. Hogan.
(3)
Reply
(0)

SGT (Join to see)
>1 y
My mom was a bitch, and Jody was taking care of my girlfriend, I can’t tell you what my dad was but it had to do with oral sex, and my sister was a whore. I was a queer from Texas ‘cause I didn’t look like a steer, and oh yeah, I was a low life, scum sucking maggot with not enough sense to pour piss out of a boot. I was called troop, trainee, maggot, faggot, shit head, low life, and those were the nice things they called us. Our dress for the day was fatigues only on a 20 degree day with rain, and fatigues with jackets and ponchos on a sunny day. We ran one mile and five mile runs in boots through sandy uphills, not tennis shoes. All in all, I took what I got and tried to do better the next time. It wasn’t fun but it was real.
(5)
Reply
(0)

SGT Daniel Myers
>1 y
I never believed all those things about your mom either Sir!Lol!
(1)
Reply
(0)

SGT (Join to see)
>1 y
Thanks for your response LTC Stephen F.. I’m sure you were a hard nut to crack with your troops. I’m also sure you were a fair man and was respected by your troops.
(1)
Reply
(0)
Show More Comments
Read This Next
RallyPoint Home