Maj William W. 'Bill' Price
648
57
10
19
19
0
Good morning and Happy Father's Day, Rallypoint. Today's Astronomy Picture of the Day (APOD) is titled "Sunrise Solstice over Stonehenge." If we were alive 4500 years ago in today's United Kingdom, we might have traveled to Stonehenge to mark the seasonal return of the Sun to its northern-most point in our sky. The annual ritual of spring rains, planting, and warmer temperatures inspired an obvious awe in our ancestors. They recognized the timeless, beings like us that are confined in time. This image over Stonehenge was captured on the 2008 summer solstice. Hasn't changed too much, has it? 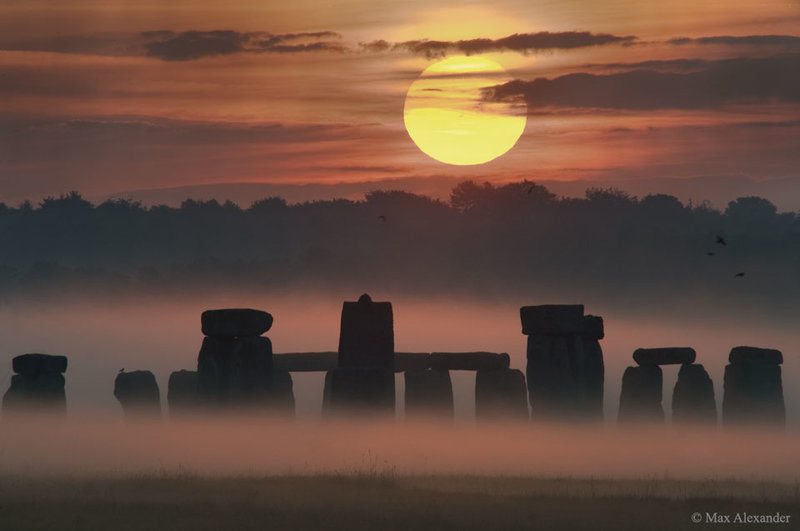 Thank you my friend Maj William W. 'Bill' Price for posting the NASA Astronomy Picture of the Day (APOD) is titled "Sunrise Solstice over Stonehenge."
Happy Fathers Day to each father, son and daughter.

When I was a child, we visited Stonehenge. In those day there were no restrictions. I enjoyed climbing up the pillars :-)

APOD Background
"Explanation: Today the Sun reaches its northernmost point in planet Earth's sky. Called a solstice, many cultures mark this date as a change of seasons -- from spring to summer in Earth's Northern Hemisphere and from fall to winter in Earth's Southern Hemisphere. Precisely, the single time of solstice occurs today for some parts of the world, but tomorrow for other regions. The featured image was taken during the week of the 2008 summer solstice at Stonehenge in United Kingdom, and captures a picturesque sunrise involving fog, trees, clouds, stones placed about 4,500 years ago, and a 4.5 billion year old large glowing orb. Even given the precession of the Earth's rotational axis over the millennia, the Sun continues to rise over Stonehenge in an astronomically significant way."

Sgt (Join to see)
Edited >1 y ago
Posted >1 y ago
Happy Fathers Day and Beautiful pic Maj William W. 'Bill' Price . Stonehenge is rather fascinating to me, just as the Rapa Nui on Easter Island are. [Were they erected by giants?] Sgt (Join to see) Here’s further secular info on Stonehenge https://www.britannica.com/topic/Stonehenge

Stonehenge, prehistoric stone circle monument, cemetery, and archaeological site located on Salisbury Plain, about 8 miles (13 km) north of Salisbury, Wiltshire, England. It was built in six stages between 3000 and 1520 BCE, during the transition from the Neolithic Period to the Bronze Age.