In partnership with his mother Elizabeth Christ Trump, he began a career in home construction and sales. The development company was incorporated as E. Trump & Son in 1927, and grew to build and manage single-family houses in Queens, barracks and garden apartments for U.S. Navy personnel near major shipyards along the East Coast, and more than 27,000 apartments in New York City.

Trump was investigated by a U.S. Senate committee for profiteering in 1954, and again by the State of New York in 1966. He made Donald the president of Trump Management Company in 1971, and they were sued by the U.S. Justice Department's Civil Rights Division for violating the Fair Housing Act in 1973. Throughout his career he contributed to local hospitals, various American nonprofit organizations, and international Jewish causes. 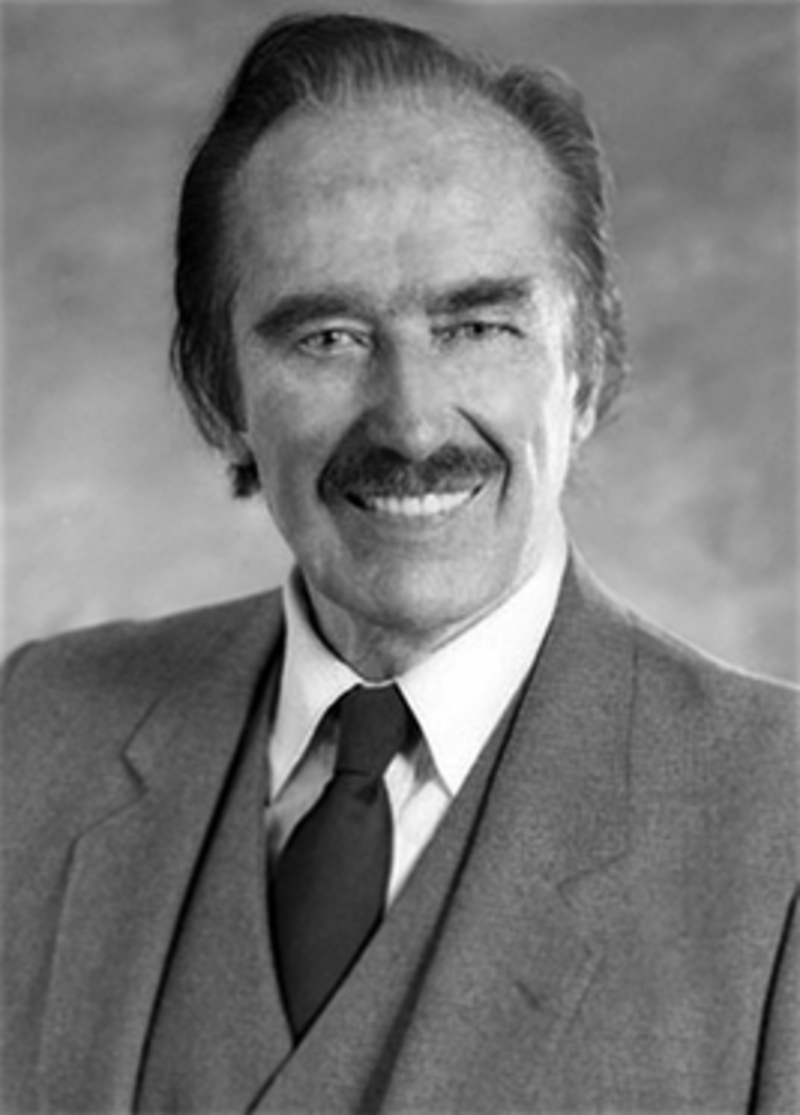 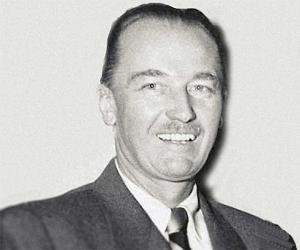 How The Trumps Built Their Empire

The Trump family is among the most powerful families in the world, with it's most famous member currently serving as President of the united states. A lot is...

How The Trumps Built Their Empire
"The Trump family is among the most powerful families in the world, with it's most famous member currently serving as President of the united states. A lot is known about him but most know nothing about how the family came to be so wealthy
It all began with Frederick Trump - born into poverty he worked as a barber until saving up enough to buy a small hotel. He carefully built the hotel and built his fortune from there. After his death, his wife Elizabeth as well as his youngest son Fred Trump built a real estate empire by strategically investing what money and land he left them. It's an incredible story, learn the whole truth by watching this video."
https://www.youtube.com/watch?v=13wseYmmupM

More Facts
Frederick Christ Trump Sr., better known as Fred Trump, was an American real-estate developer and the father of the 45th president of the US, Donald Trump. He was born and raised in New York, US. After his father’s death, Fred Trump started a house construction company, in partnership with his mother. He was just 15 years old then. He began with building car garages and progressed to construct apartment houses. He built barracks and apartments near shipyards for ‘US Navy’ staff, during World War II. He also constructed single-family apartment complexes for returning servicemen and middle-income group people. He built more than 27 thousand apartments in and around New York City. He was investigated for wartime profiteering from public contracts and was called before a ‘US Senate’ committee. He was a hard-working and ambitious man. Fred Trump and his company faced a racial discrimination suit filed by the ‘Civil Rights Division’ of the ‘US Department of Justice’ for violation of the ‘Fair Housing Act.’ He was married to Mary Anne MacLeod, and they had five children. He suffered from Alzheimer’s disease during the later years and died at the age of 93.
Childhood & Early Life
• Fred Trump was born on October 11, 1905, in The Bronx, New York City. His parents, Elizabeth (née Christ) and Frederick Trump, were German Lutheran immigrants. His father was from Kallstadt, Germany, and was a barber who later earned a small fortune in the ‘Klondike Gold Rush.’ He died of flu when Trump was 13.
• Trump was the second of the three children of his parents. He grew up with his elder sister, Elizabeth Trump Walters, and younger brother, John George Trump. His middle name, “Christ,” was taken from his mother’s maiden name. Their family shifted to Woodhaven, Queens, after Fred’s birth. He studied at the ‘Richmond Hill High School.’
• He was only 15 years old when he founded his own construction business, in partnership with his mother, Elizabeth, in the 1920s. He named the venture ‘E. Trump & Son.’ As he was underage, his mother handled the official work till he was 21. Trump began by building garages for the newly invented and marketed automobiles.
• He learnt carpentry and studied how to read blueprints. He built his first house two years after graduating.

Career
• Trump had already completed 20 buildings in Queens by 1926. He built a supermarket, ‘Trump Market,’ in Woodhaven, during the ‘Great Depression’ of the 1930s. His market, which used the tagline “Serve Yourself and Save!,” became successful, and the next year, he sold it to the supermarket chain ‘King Kullen.’
• On ‘Memorial Day’ in 1927, he was one of the seven people arrested in Queens for “…refusing to disperse from a parade when ordered to do so.” It was a ‘Ku Klux Klan’ (KKK) rally of about a thousand people. The rally was held as a protest against the assault on the “Native-born Protestant Americans” by the ‘Roman Catholic Police’ of New York City. It was not clear whether Trump was an innocent bystander, was arrested due to mistaken identity, or was actually a participant of the rally. It was later reported that he was released without any charges. While answering a press question in 2015, Donald Trump said that his father had not been arrested and that he had never been a member of the ‘KKK.’
• Fred Trump’s company constructed barracks and apartments for the ‘US Navy’ officers during World War II. These were built near shipyards of various places, including Newport News, Pennsylvania, Chester, and Norfolk, all along the East Coast. He built more than two thousand middle-income group apartments for war veterans and their families. He built ‘Shore Haven’ in Bensonhurst (in 1949) and ‘Beach Haven’ near Coney Island (in 1950). He raised a housing complex of more than three thousand apartments called ‘Trump Village’ in Coney Island, between 1963 and 1964. The cost of this complex was estimated at $70 million.
• A ‘US Senate’ committee scrutinized Trump’s company in 1954, for profiteering from public contracts and for overstating ‘Beach Haven’ construction charges. Trump and his partner, William Tomasello, were charged for obtaining loans amounting to $3.5 million more than the apartment cost. During federal investigations, it was found that Trump had collected $1.7 million in excess, as rent, before beginning to pay his low-cost government loan. Real-estate developers often paid bureaucrats to approve their paperwork. Apart from collecting the extra rent, Trump had paid a generous architect fee to himself. The estimated construction costs that he had indicated were much more than the actual amount he had spent. However, everything was legal on the papers.
• He used his political contacts to access government programs such as subsidized financing for apartment building developers. He admitted his manipulations of the government program before the ‘US Senate’ committee that investigated the housing abuse. However, he believed there was nothing wrong with what he had done, as everything was done within legal boundaries. He, in fact, complained that the investigating committee had caused damage to his reputation. Other builders refused to answer, but he publicly took a self-justifying stand.
• Trump built large apartment complexes and row houses around Sheepshead Bay, Flatbush, Coney Island, Brighton Beach, and Bensonhurst in Brooklyn; and Flushing and Jamaica Estates in Queens. He retained the ownership, and the apartments were given on affordable rent. His constructions were marked with sturdy brick towers, with neat and presentable parks around them.
• Donald Trump joined ‘Trump Management’ in 1968, and in 1980, he changed the name to ‘The Trump Organization.’ During the mid-1970s, he took a loan of $ 1 million from his father to start his own real-estate business in Manhattan. Reportedly, there were a number of loans, which amounted to much more than what was stated.
• Fred Trump was often compared to car magnate Henry Ford. He hated borrowing money and was very frugal by nature. It is said that he would visit the construction sites after a day’s work and collect the nails that he found lying around. He would then hand them over to the carpenters the following day. For quite some time, he did not have an office and operated from home. He did all his bookkeeping in a small pocketbook. Around 1940, he got a small place as his office. Amy Luerssen worked as his secretary for 59 years.
• There were charges of racial discrimination against his real-estate company. Reportedly, potential tenants of African–American descent were denied houses in the complexes. In 1973, a case was filed by the ‘Civil Rights Division’ of the ‘US Department of Justice’ against ‘The Trump Organization’ for violating the ‘Fair Housing Act’ of 1968. The case continued for two years. A consent decree was signed on June 10, 1975, between the ‘Department of Justice’ and ‘The Trump Organization,’ and it prohibited the organization from discriminating against people while selling or renting out an apartment. Folk artist Woody Guthrie was one of the tenants at Trump’s apartment complex in Brooklyn, in 1950. He wrote a song that clearly suggested that African–American people were not welcome as tenants in Trump’s housing complexes.
• During the post-World War II years, Trump claimed to be of Swedish descent and concealed his German ancestry. Those were the peak years of his career. As many of his tenants were Jewish, he was afraid that the German lineage would hurt the business.
Personal Life
• Trump married Mary Anne MacLeod in January 1936. They lived in Jamaica, Queens, and had five children: Maryanne Trump Barry (born 1937), who later became a federal appeals court judge; Frederick Christ Trump Jr. (born 1938), who later became an airline pilot; Elizabeth Trump Grau (born 1942), a ‘Chase Manhattan Bank’ executive; Donald Trump (born 1946), the 45th president of the US; and Robert Trump (born 1948), president of ‘Trump Management.’ Frederick Trump Jr. died in 1981, following alcoholism-related complications.
• Trump supported various charity houses, including various Jewish and Israeli institutions, the ‘Salvation Army,’ the ‘Boy Scouts of America,’ and the ‘Kew-Forest School,’ where his children studied. He donated buildings to organizations such as the ‘Jamaica Hospital Medical Center,’ the ‘National Kidney Foundation,’ the ‘Cerebral Palsy Foundation,’ and the ‘Community Mainstreaming Associates of Great Neck.’
• Trump suffered from Alzheimer’s disease for the last six years of his life. In June 1999, he fell ill with pneumonia and was admitted to the ‘Long Island Jewish Medical Center.’ He died on June 25, 1999, at the age of 93. "

PO2 John Zodun
>1 y
Thanks LTC Stephen Ford Sir for the mention,video and information all are very much appreciated
(1)
Reply
(0)